The enjoyment Transferred Film Provides to all Situations 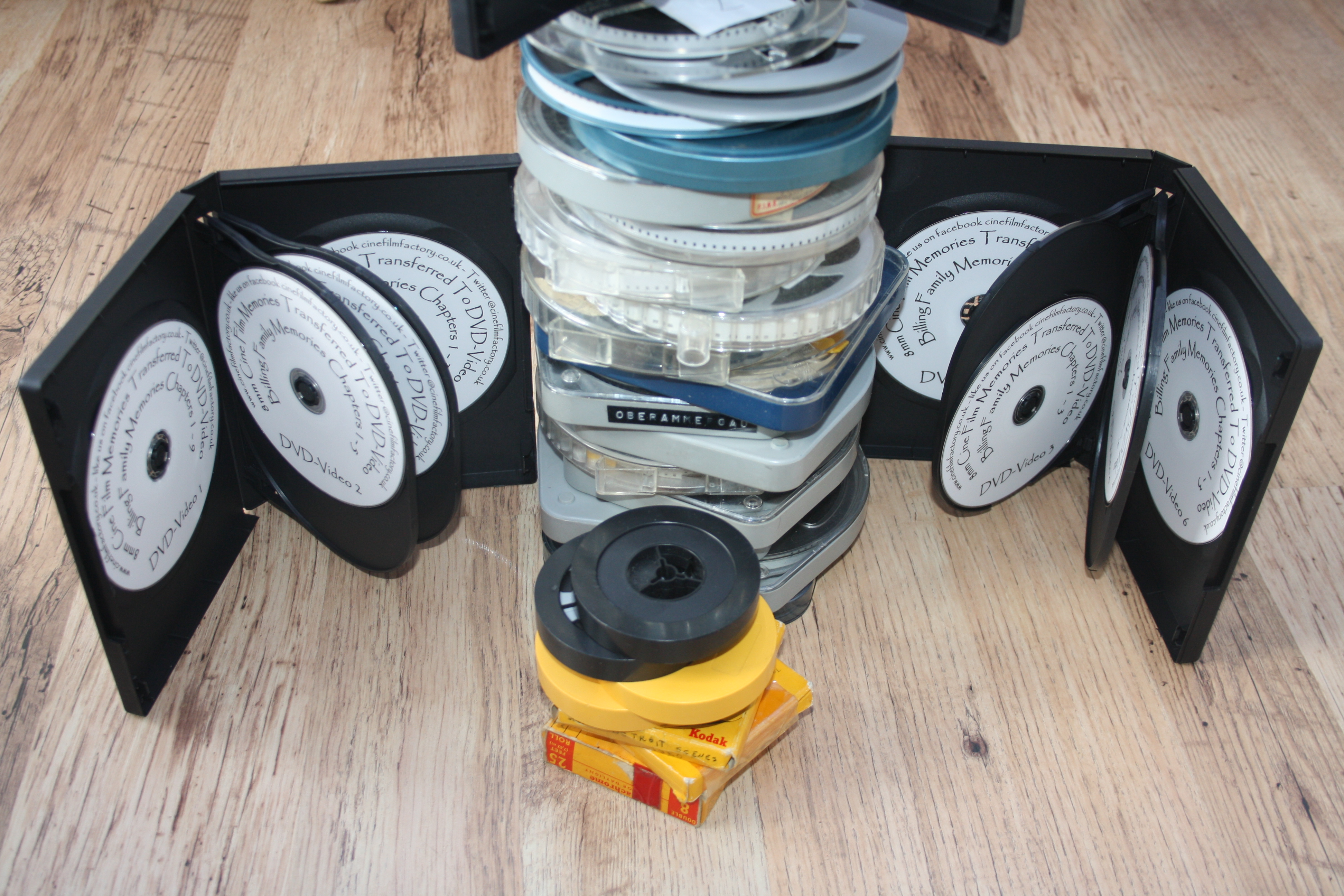 We at The Cine Film Factory have been have been thinking about writing a Blog in respect of how Film Transferred provides so much in enjoyment to everyone of our Customers who have this done & offers stimulation to others.

Then a perfect example was requested recently which gave us the opportunity to consider this Blog further & for many reasons feel now is the time to share.
Whilst over the years of Transferring 8mm 9.5mm 16mm Film to DVDs & Digital, thought we had heard from listening to Customers requests I.e. Golden Wedding Anniversary - Birthday - Fathers Day all these poignant Days in people's lives!

Then this one day The Cine Film Factory were approached by a Customer & presented with a very unique situation being, a immediate Family member had been involved in a serious accident at work, unfortunately leaving the person in question with significant Brain Damage showing no response of emotion.
With this situation with the legalities & Insurance companies involved there was an argument being played out with the Courts that the person would not have the ability to respond to their surroundings.

The Family were of course ever hopeful that a miracle would come of this terrible situation, We were advised that a therapist had suggested that sometimes sounds and visuals from the past can have stimulation in such situations, this now formed part of the reasoning as to the decisions for Care to be established.
We were presented with a selection of 8mm Cine Films of the person from their childhood to transfer to DVDs at the earliest opportunity, of course from understanding the situation stepped forward to assist as a matter of urgency.
After the Transfer the feedback we received from the family with huge anticipation on our part was delivered that they were amazed and so were the Doctors and care nurses that they had responded and made noises of recognition & cried, the Brain had drawn stimulation from the images recognised from riding a bike as a child, from a horrendous situation came positives & worked and we are told the DVDs of the Transfers are of huge source of comfort to the individual and are played regularly as they provide an early connection in their life that they have digressed to given the situation they are in.
The Family have since located VHS - Hi 8 Media that they have since had transferred to provide further enjoyment all carried out at The Cine Film Factory Studio in Worthing.

We have also since carried out Family Film transfers for families with loved ones suffering with Dementia - Parkinson's & other Brain related problems as the power of personal film collection memories provide so much comfort to remember the early years of life & can also help the memory in certain situations.
We have even carried out Film Transfers speedily for families to comfort those in the late stages of terminal Cancer as a comfort source for final hours even sounds & voices can be of huge comfort.

With all of this in mind want to reach out to anyone who may be able to relate to any of these situations to contact us without delay to discuss the Film Transfers.

It`s that time of year again Folk`s where Christmas is fast approaching, The Supermarkets & Television will remind us all of this shortly.

This is a very busy period for Wonderland Elf Production Team and we urge our Customers if you are thinking of having some Films transferred for a Gift or simply to enjoy with Family & Friends over the break to get in touch with us ASAP to organise your Film transfers.

We also sell Gift Vouchers to suit a range of different budgets, so if you maybe unsure as to what to by that special person in your life then these are a great idea.

For the few who really leave everything to the last minute (This is proven very popular over the years) we can e mail Vouchers right up to Christmas Eve!

So please don't delay in getting in touch & from Simon & all The Team at The Cine Film Factory we look forward to hearing from you soon.

Well what a Week it has been, our new Website was launched last week (Big Shout Out to Majken & the Say digital Team) We are thrilled with the site Thanks Guys!

So we have been receiving many Customer Orders this Week all 8mm Cine Film which is great, gives us the opportunity to use our recently serviced 8mm Transfer units & they are running beautifully & The Transfers are looking wonderful, Long live Kodak Kodachrome!